It’s Monday! What Are You Reading?—Summer Version 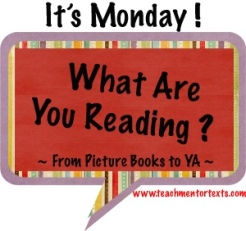 {I just made this little graphic.Feel free to borrow.} 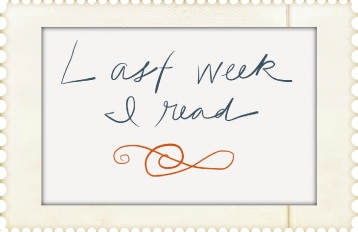 From two-time Carnegie Medal winner Patrick Ness comes an enthralling and provocative new novel chronicling the life — or perhaps afterlife — of a teen trapped in a crumbling, abandoned world.

A boy named Seth drowns, desperate and alone in his final moments, losing his life as the pounding sea claims him. But then he wakes. He is naked, thirsty, starving. But alive. How is that possible? He remembers dying, his bones breaking, his skull dashed upon the rocks. So how is he here? And where is this place? It looks like the suburban English town where he lived as a child, before an unthinkable tragedy happened and his family moved to America. But the neighborhood around his old house is overgrown, covered in dust, and completely abandoned. What’s going on? And why is it that whenever he closes his eyes, he falls prey to vivid, agonizing memories that seem more real than the world around him? Seth begins a search for answers, hoping that he might not be alone, that this might not be the hell he fears it to be, that there might be more than just this.

{I don’t know how to talk about More Than This without giving too much away. I’m involved in an on-line discussion about this book because clearly I’m not the only one pondering and questioning and wondering about its meaning. I DO know that Ness is a fantastic author. His topics are thought-provoking and inspiring. There is a lot to still discuss and discover.

PS—This is not a book I would recommend to my sixth-grade readers due to the complexity and some mature content.}

This timely, heartrending novel tells the moving story of a friendship between two girls: one an American teen, one a victim of the crisis in Darfur.

Fifteen-year-old Nawra lives in Darfur, Sudan, in a camp for refugees displaced by the Janjaweed’s trail of murder and destruction. Nawra cannot read or write, but when a nonprofit organization called Save the Girls pairs her with an American donor, Nawra dictates her thank-you letters. Putting her experiences into words begins to free her from her devastating past—and to brighten the path to her future.

K. C. is an American teenager from Richmond, Virginia, who hates reading and writing—or anything that smacks of school. But as Nawra pours grief and joy into her letters, she inspires K. C. to see beyond her own struggles. And as K. C. opens her heart in her responses to Nawra, she becomes both a dedicated friend and a passionate activist for Darfur.

In this poetic tale of unlikely sisterhood, debut author Sylvia Whitman captures the friendship between two girls who teach each other compassion and share a remarkable bond that bridges two continents.

{This was a very moving book. I was originally interested in it because of how it ties in with A Long Walk To Water, which I read aloud this past year and which the whole sixth grade is talking about reading aloud next year.

This book is geared to slightly older readers, for sure. If you can imagine some of the atrocities that a young woman might deal with in Southern Sudan during a civil war, you can guess why this is a more mature read. (See the link below from the Teen Reads site for more info.)

That being said, the relationship between Sudanese Nawra and her American counterpart K.C. is very touching. It starts off cold, mostly due to the academically challenged K.C.’s hesitation to write. But things heat up quickly, and their long-distance friendship and care for one another is touching. I was totally wrapped up in both their letters and the narration of what was happening in their day-to-day lives outside the letter-writing. To hear what Nawra had to deal with in her life makes my problems seem inconsequential—what my wife now calls “first-world problems”. Witnessing the previously distant K.C. moved to action by Nawra’s plight—while also learning about herself as a learner and thinker—was very cool.

I’m hoping we can find some students with that energy in the coming year.

One of my favorite aspects of the book is how Nawra writes the wise sayings of her culture in her letters—and how K.C. internalizes them and reuses these saying in her letters back.} 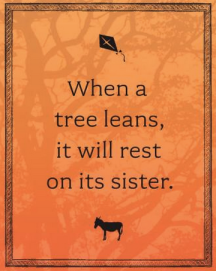 “You should not carry eggs and iron in the same basket.”

“A sandalwood tree perfumes the ax.”

Here is a more complete review of the book from the Teen Reads site.

The author also has a site: http://www.sylviawhitmanbooks.com/#!the-milk-of-birds 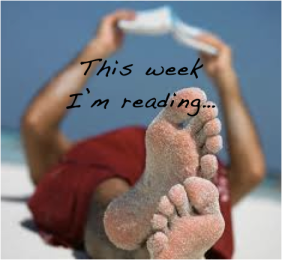 4 thoughts on “7.15 It’s a SUMMER Monday! What are you reading? #MoreThanThis #MilkOfBirds”